The residency is over. I’m all moved out of the flat and I handed the keys back in. I’ve been feeling a little flat this week – since I found out I got the residency last November, it was the thing I was looking forward to about this year….then suddenly I was there and doing it, and it has been so wonderful, rich, busy, a true gift! Then just as quickly, it’s all done.

Here is the first photograph I took of the All Saint’s steeple I could see from the flat window:

I started taking a photograph of the steeple, not every time I went to the flat, but many times. Same view, different day. Same steeple, different sky.

I got married in that church, so I have a special affection for it. It’s now obsolete because of earthquake risk. I hope it doesn’t get knocked down. 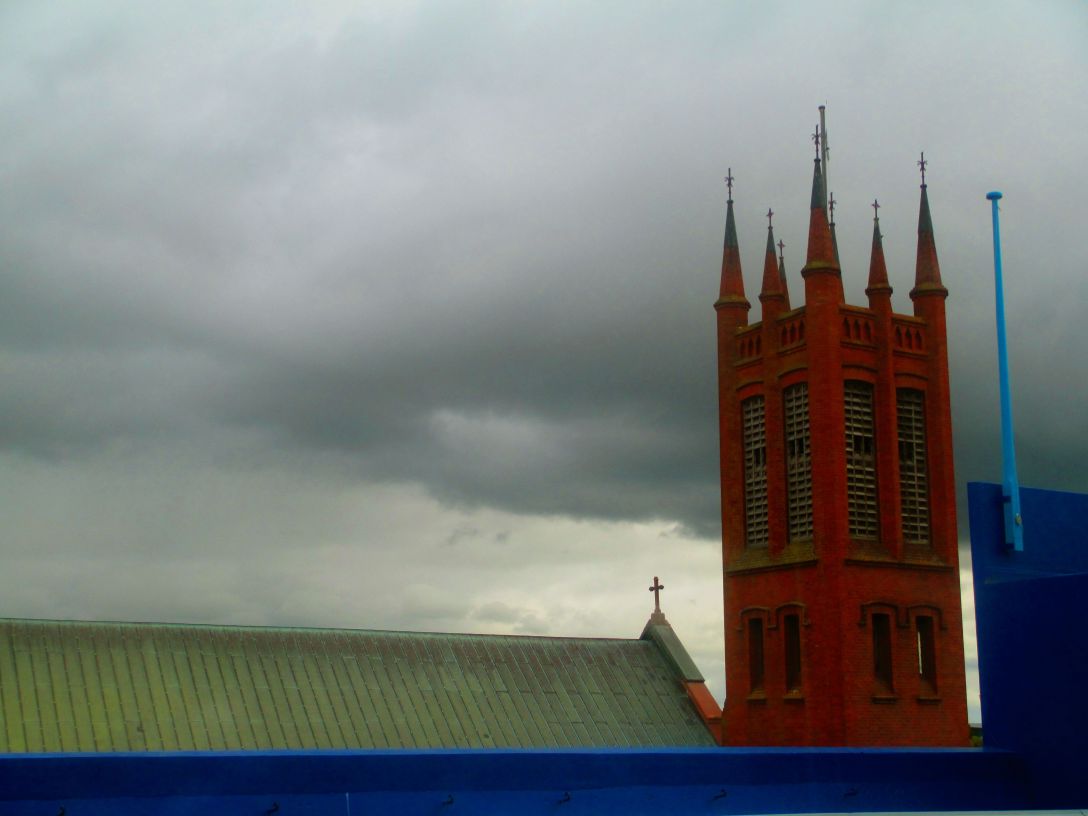 Apart from the writing time (which was amazing) here are some things about the residency:

I loved having a cave up in the sky to hide in. It was like a retreat in many ways. (Admittedly a 9.30-2.30 retreat, with parenting and housework at both ends…but that’s the closest to a retreat I’m likely to get at this stage in my life, so I ain’t complainin’.)

I re-learned focus, and pro-longed attention, and diligence. After a decade of snatching writing time around work and children, it was incredible to have the gift of TIME. It took me about three weeks to sink into it, at first I had major ants-in-my-pants after the first few hours each day…but boy, am I used to it now. 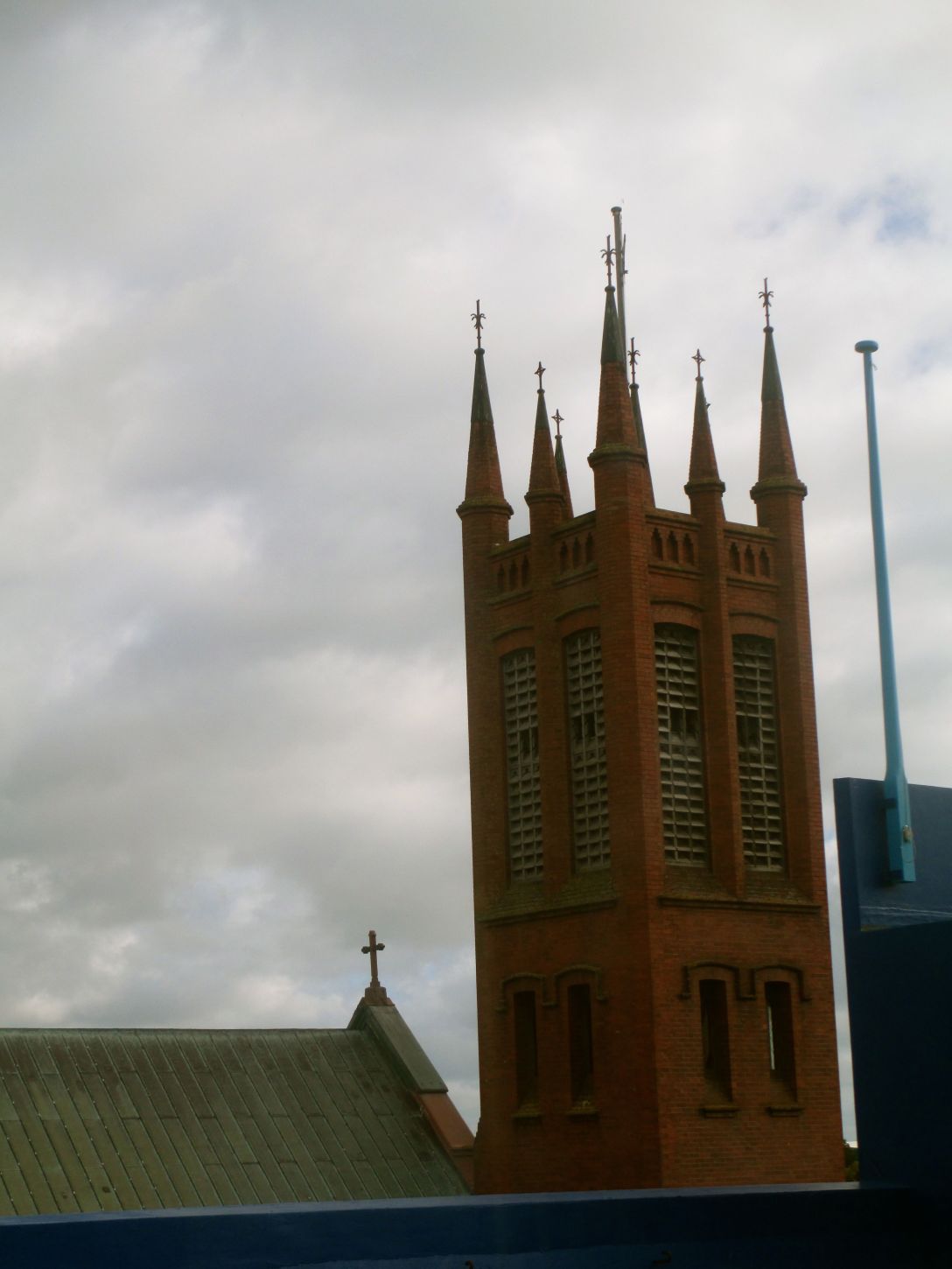 I stayed off the internet during the days. It was peaceful. It was spacious. I sank into the quiet. 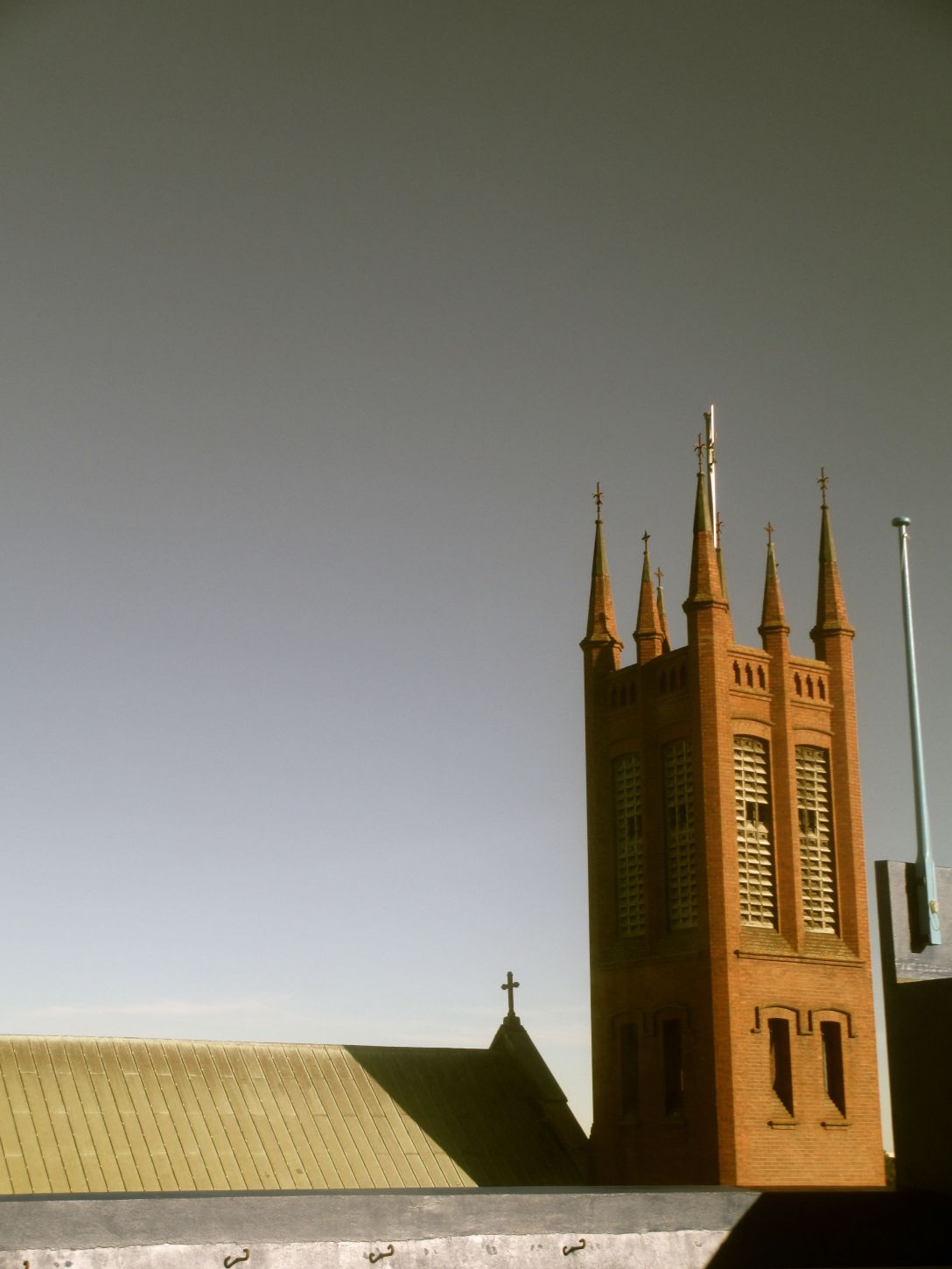 I really like my own company. I always suspected I did, but I haven’t had the space since I had kids to confirm it.

I listened to student radio and discovered lots of new (to me) music. 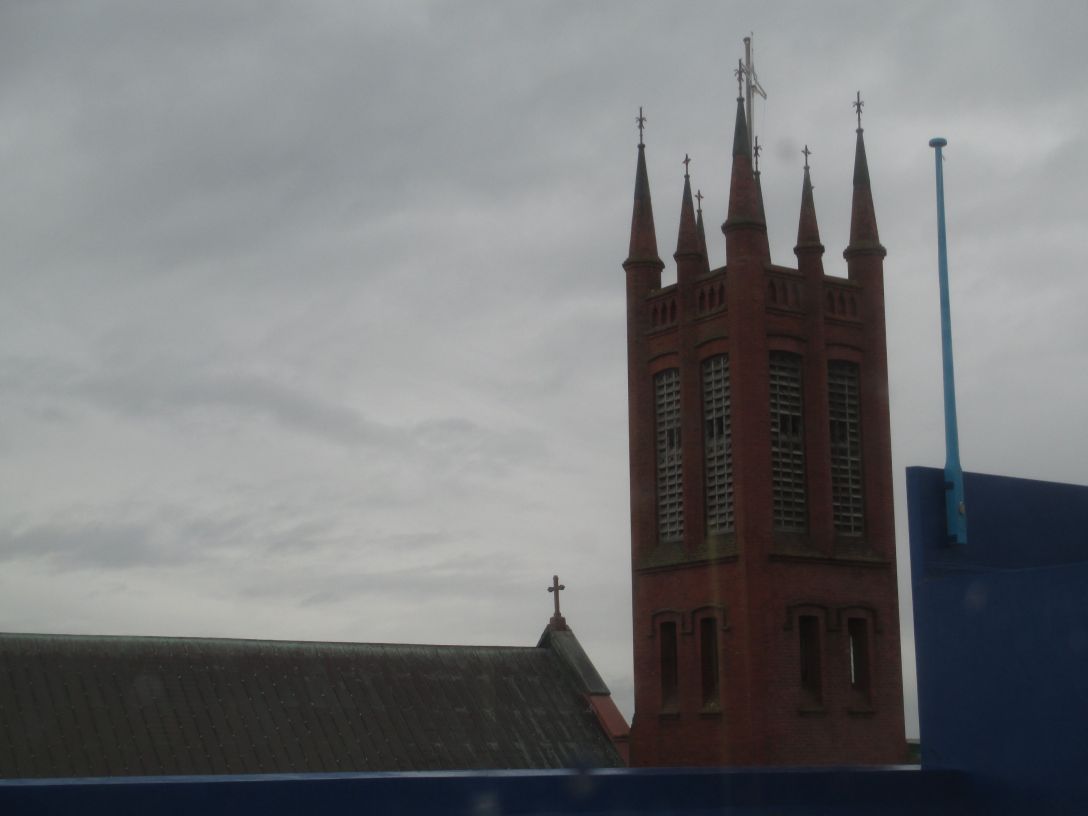 I thought I was going to write about the end of the world but instead I wrote about the beginning of a new one.

Pigeons roost in the steeple. They fly in late morning and out late afternoon.

I think that’s all I have to say…

This week after moving out of the flat I’ve been working in the public library which is:

c) full of people with snotty noses and hacking coughs

d) not as good as the flat

I don’t know what the point of this post is. Except I wanted to share some of my steeple photographs, and to mark the end of the residency somehow.

I had a cuppa and an almond croissant with a dear friend to ‘celebrate’ (?) The End and she gave me celery seedlings and chocolate and lent me a lovely book and…life romps on.

Thank you, All Saints steeple for being my companion through all of the weather this winter.  I will miss you! x 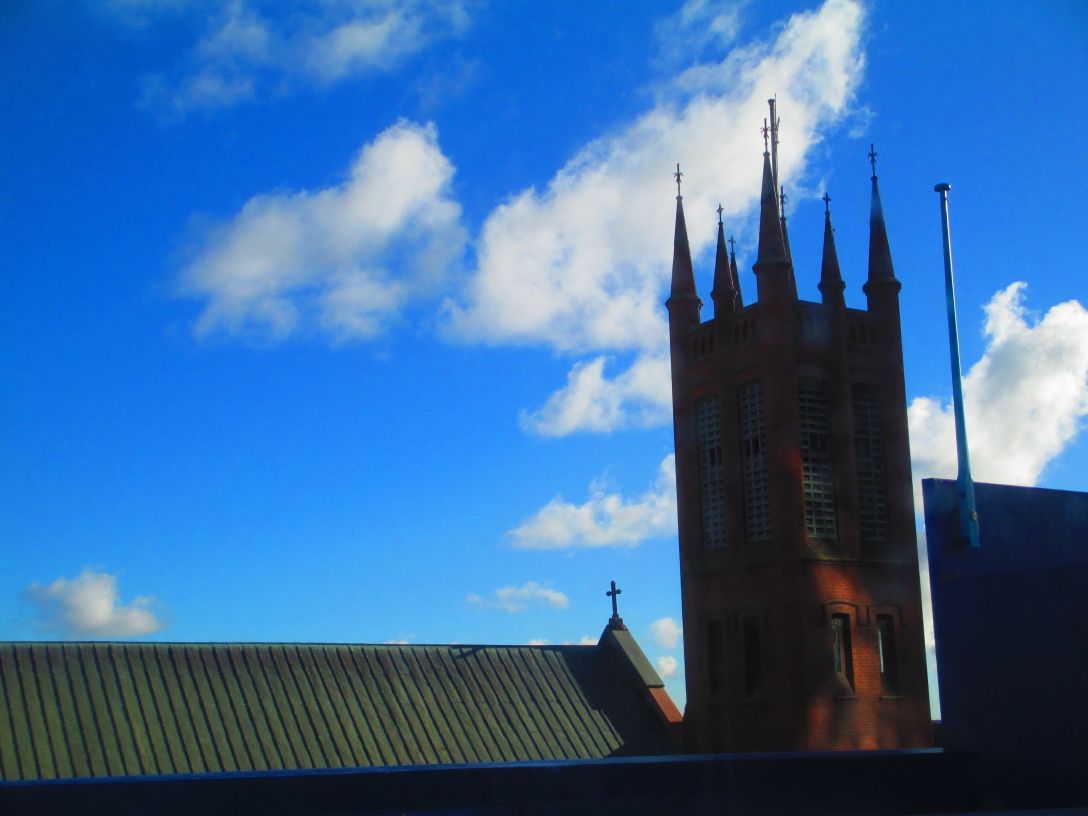 10 thoughts on “same same, but different”