I write about the seasons a lot, don’t I? I can’t help it. I grew up in a small town in the middle of farmland – my Dad was (still is) a hunter and fisherman and so we ate with the seasons and the seasons were meaningful in a way they may not be for city-folks. Most of my friends lived on farms, so the drying off of cows marked the start of winter, new lambs heralded spring. Because I do write about the seasons so much, the editor of The Comforter, Helen Rickerby, organised the book into seasonal parts. I still can’t believe it didn’t occur to me to do that – but that’s why you need a good editor, right? To show you things which are right under your nose but you can’t see because you are over-exposed to your own work.

Anyhow, of all the seasons, autumn is my favourite. The harvest, the golden days with cold edges, the sense of melancholy. Garden fires, washing the woolens which have been in storage since September, quinces, feijoas, walnuts…picking apples – we have two apple trees at our place: 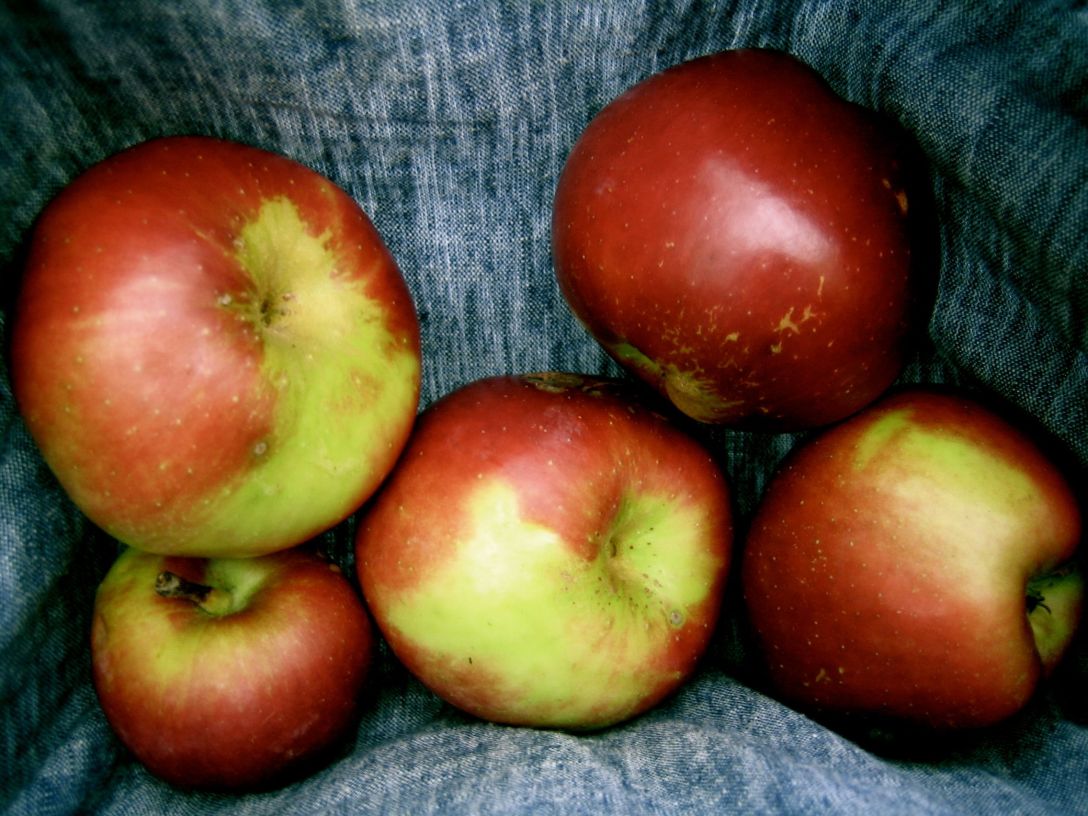 In my book, there is a poem about the beginning of autumn, the final day of daylight saving. There is a point at the end of summer/early autumn, if you are a gardener and eat seasonally, like we do, where you know it is likely to be the ‘last’ time you taste that particular thing for some time. That final meal has autumnal melancholy all over it – it’s a farewell to summer. In the poem, ‘the last’ has a deeper resonance – because of my beliefs about the environment, I feel that anything could be our ‘last’ time, because our existence on this ailing earth is so precarious right now, and growing more so.

Late summer this year, we ate corn for a good eight weeks, thanks to the 60 corn plants I grew – & no, I didn’t tire of it, like I do with some gluts. With the last of our fresh corn, I made a bean succotash which also contained the last of our tomatoes: 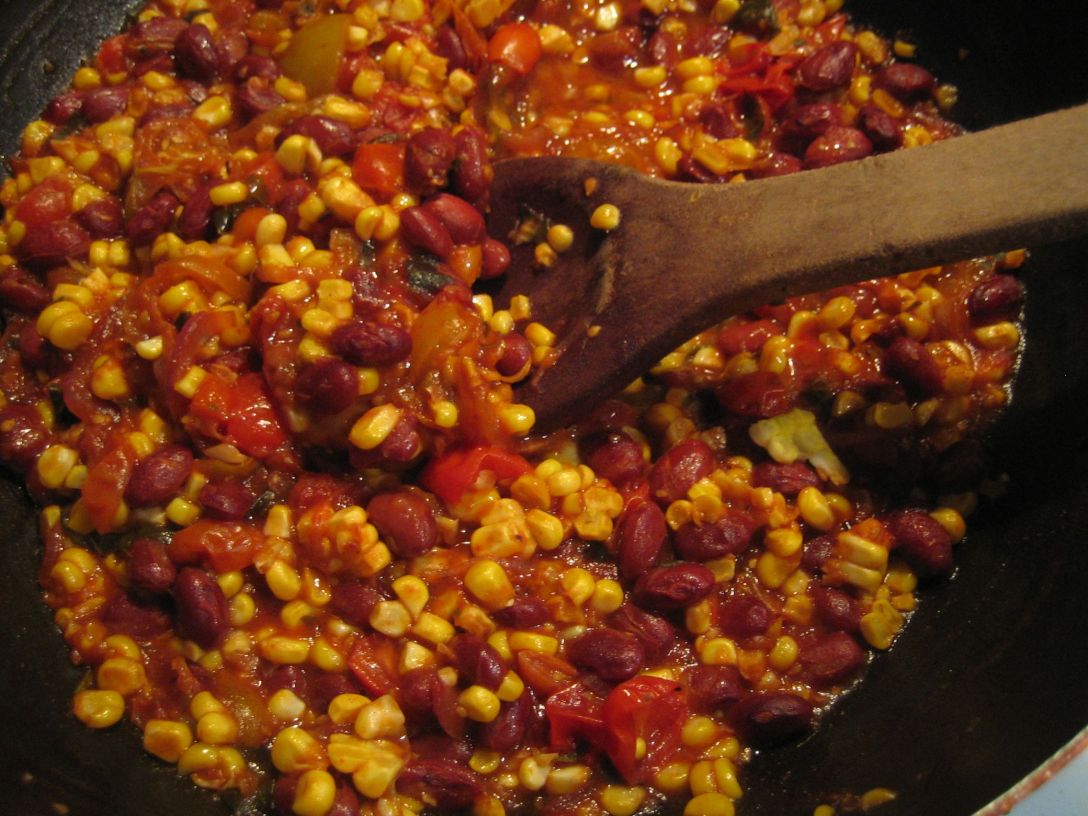 Also, ‘last’ for the season – I made a ‘pistou’ or paste with the last of our bush basil, some pine-nuts, garlic, olive oil and salt. It’s always a sad day when the last of the basil goes. We ate it on pasta.  I like to grind such things up in my big mortar and pestle, rather than blitzing with an electronic device. It’s calming and meditative to hand-grind. 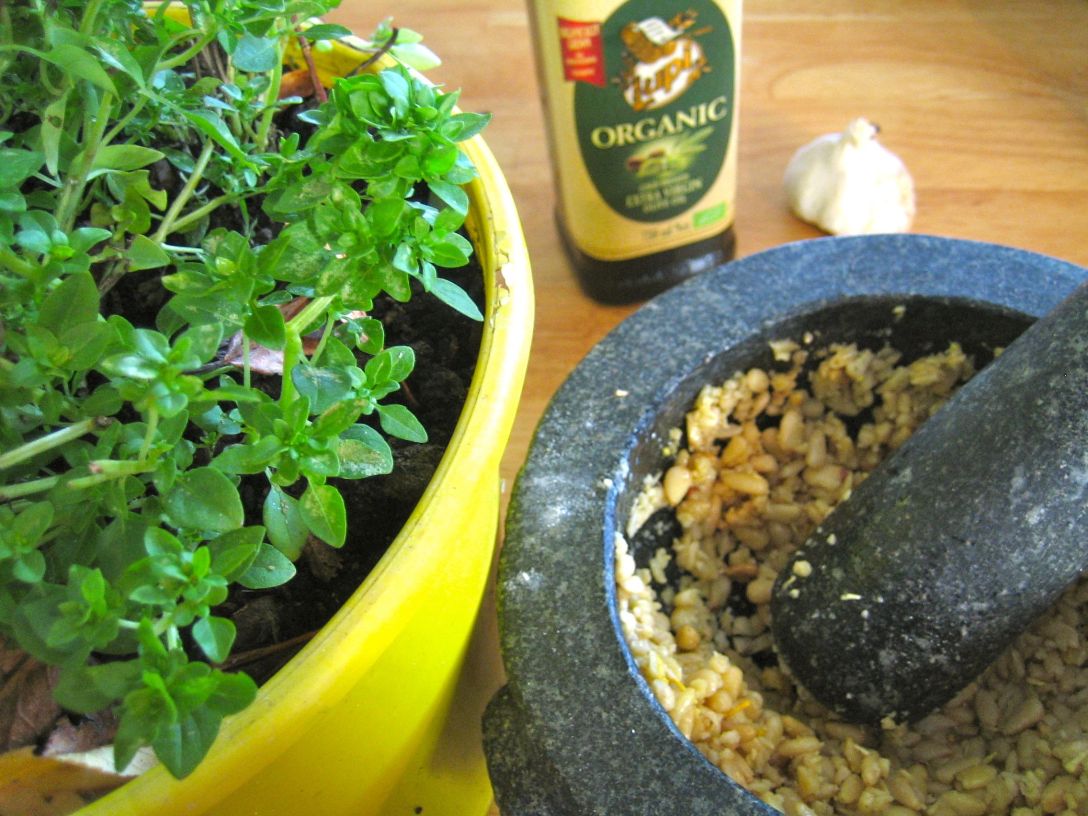 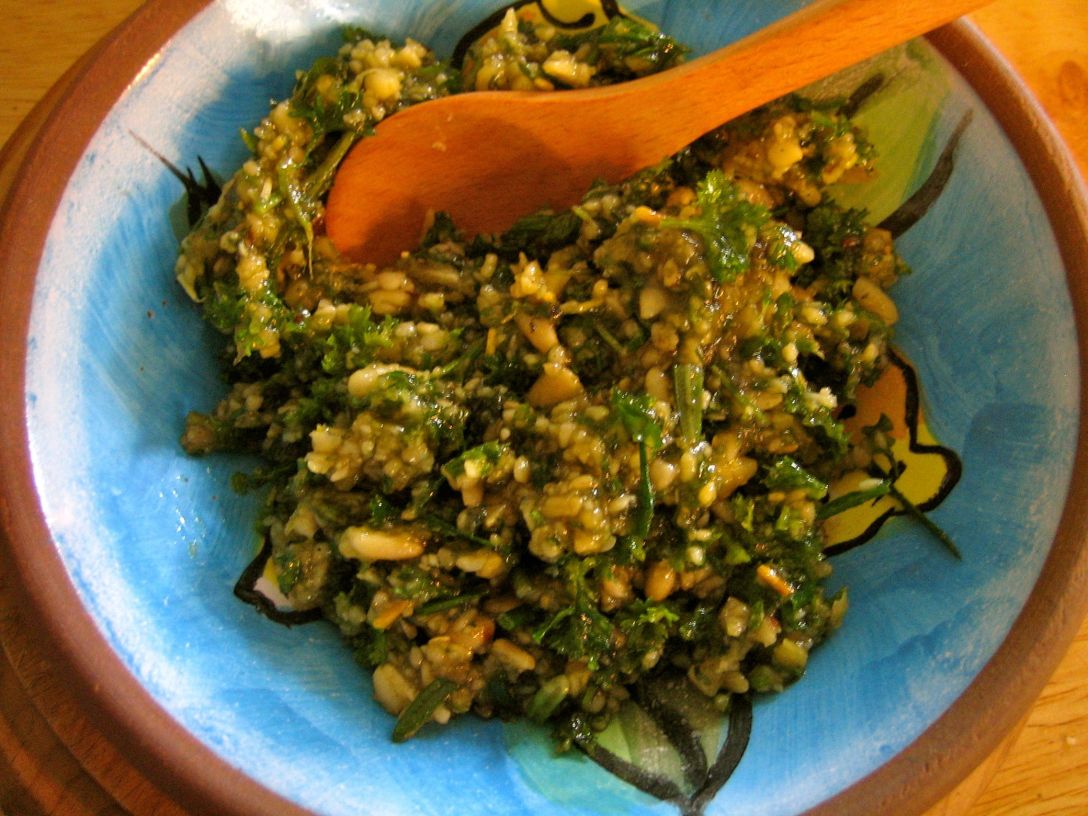 (A Wellington friend who has never visited me at home was surprised to learn that I don’t live on a farm – he thought I did from reading my blog. I don’t know if it was just him, or if others have that impression as well – but just to be clear, I live on a very average not-quite quarter-acre section right in the heart of Palmerston North. You can take a girl out of the country, but she’ll bring her small-town/country ways to the city!)

Anyway, here’s that poem I mentioned, from The Comforter:

mantises crawl out of the compost bucket. The flies.

The last day of daylight saving. Everyone

tired and wistful on Sunday. That feeling

The last-day-of-summer pasta sauce – made with the last aubergines,

Manawatu gothic. Even these bright days are tinged

with a kind of violence. There is a black velvet ribbon

threaded through your head, collecting debris.

The last dinner on the dehydrated lawn.

3 thoughts on “the last”